The first time I visit, I told the doctor the temporal arthritis, he immediately noticed that my prescription glasses were cutting into my temples and could be causing additional stress on my temporal arteries. I had the glasses refitted and the pain in my temples was gone. I had been taking pain medications, steroids, and had been to several chiropractors before but had not obtained results I wanted.

After seeing Dr. Gallo for 1-2 weeks of treatment, I could turn my head while driving to look out my mirrors without neck pain! I continued to get treatment from Dr. Gallo on and off for fibromyalgia and back pain. In July of 2005 I was diagnosed with lung cancer. I stopped treatment with Dr. Gallo during this period. But the day after my surgery I was lying in bed in such pain, I wished Dr. Gallo could help me. Within a day of my surgery, he called me to see how I was doing. I told him that I felt like I was cut open and stretched out like a piece of cattle. My right arm was in so much pain that I couldn’t raise it higher than my shoulder. I went to a neurologist, who suggested that there might be nerve damage from the surgery and told me to see an orthopedic surgeon.

When I did and the surgeon ran some tests, he recommended and MRI and probably surgery. After everything I’d been through–I said No way. I had had enough. In December of 2005, I called Dr. Gallo. He did and examination on my shoulder and although he thought I might have nerve damage from the surgery, he didn’t think I needed more. He began treating me using Chiropractic adjustments, active release muscle work, and physical therapy. Within a short time, I had full range of motion in my right arm and regained all muscle strength without drugs or additional surgery. Now I can get back to my life!

I am a vice president for a consulting firm. My job is very stressful and i get a crick and pain in my neck. I have had headaches for several years, and my MD prescribed Celexa for them. Since my second child was born, I was diagnosed with high blood pressure and have been taking the drugs Dyazide and Atenolol for about four years. The headache medication only gives me temporary relief.

Massage and Ben-Gay helps to reduce my neck pain but only for a short time. I don’t know if the blood pressure medication is even working! I began receiving chiropractic adjustments and muscle release therapy from Dr. Gallo in March of 2004 and had regular treatments for about six months. After the first month, my headaches were just about gone and I had stopped taking the Celexa a few weeks later. After a few months, I stopped taking the Diazide and the Atenolol. I have not had a headache in several months and have been free from neck pain. More importantly, I no longer need to take pharmaceutical drugs that could have potentially harmful side effects. I plan to continue regular treatments and I recommend Dr. Gallo to all my friends. 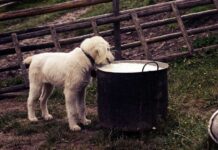 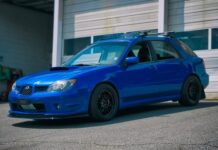 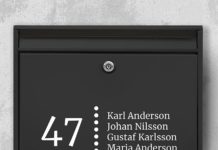